How to Make PMP a Seamless Part of Your Day 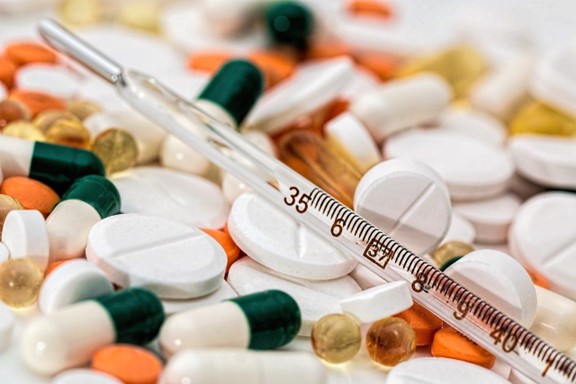 Thousands of lives are lost to opioid addiction each year, and that has to change. Prescription monitoring programs (PMP) make physicians aware of possible abuse or diversion, giving them insight on when to prescribe controlled substances ŌĆö and it’s easier than you might think.

The Center for Disease Control (CDC) estimates that roughly 38 people died from prescription opioid abuse per day in 2019, amounting for a total of just under 14,000 deaths. In an effort to combat the opioid epidemic, states have created database hubs that facilitate prescription oversight and alert prescribers to possible opioid abuse or diversion.

These hubs are often known as prescription monitoring programs (PMP) or prescription drug monitoring programs (PDMP), and they are a valuable tool in the fight against opioid addiction. Implemented in all 50 states as well as the District of Columbia and all other American territories as of 2018, PMP hubs have become commonplace amongst medical practices and pharmacies, but the way they are structured varies from state to state.

These variations significantly impact how medical professionals leverage PMP insights, and while the most effective streamline PMP usage, inefficient regulations can complicate physician workflows. With the right tools, though, physicians can make PDMP integration a seamless part of their practice.

Here’s a deeper look into what PMP programs are, how they help physicians make the best decisions for their patients, and a case study of an effective PMP program Michigan has started that reduces participant costs.

What Is a PDMP?

PDMPs use a three-step process to give providers insight into their patients’ prescription use:

While compiled data has been mixed regarding the degree of benefit that PDMPs provide, it is clear that the overall results of these programs are changes in prescribing behaviors, reductions in visits to multiple providers, and, most importantly, improvements in patient health.

Although PMPs have proven to be a helpful tool in raising physician awareness and reducing opioid abuse, improper usage can hinder their effectiveness. There are at least three factors that determine how much benefit PMPs yield, namely:

When used correctly, PMPs can provide a current, proactive means of identifying potential controlled substance abuse that all authorized providers can access. However, when barriers arise that hinder proper use, the tool’s effectiveness suffers.

To obtain the maximum benefit from these programs, medical practices must have a simple, cost-effective means of integrating PMP access into their daily workflow. The cost of PMP enrollment varies from state to state, as some require providers to pay for PMP access, while some PMP vendors may charge a subscription fee for access to their database, which states may or may not cover. Moreover, some states make PMP enrollment optional, while others make it mandatory. Still others offer subsidies to cover the costs to providers that enroll, while some offer lifetime free enrollment.

On top of financial cost, providers that access PMP databases must navigate away from their EMR window to log in, which hinders productivity and deters PMP use. Providers already have a very heavy workload, and logging into a separate system multiple times per day is yet another barrier that keeps doctors from providing adequate patient care.

A simple solution exists to this problem, as management services organizations like TRIARQ have developed QEMR software with built-in PMP integration. That way, providers can navigate directly to a PMP database and immediately view their patients’ prescription history, making abuse detection easier than ever before.

One notable example of a state that has embraced PMPs as a way to curb opioid abuse is Michigan. The PMP Michigan program is known as the Michigan Automated Prescription System (MAPS), and the state currently subsidizes it to make it free for all enrolled providers. This subsidy has lasted well over a year past its originally intended expiration date, and there appears to be no clear end in sight. Coupled with updated software and an EMR system capable of PMP integration that TRIARQ offers, providers may use PMP tools to the full extent of their capabilities.

At TRIARQ, we believe that independent medical providers should be empowered with the tools they need to give their patients the care they deserve. That means eliminating technical barriers and offering solutions that make PMP access and other data platforms a seamless part of their practice. We are a leading management services organization, and we specialize in helping doctors focus on the part of medicine they care about most: caring for the patient. Contact us today and see how we can streamline your EMR workflow to make it better for your patients and you.