Track NARX Scores for Your Patients 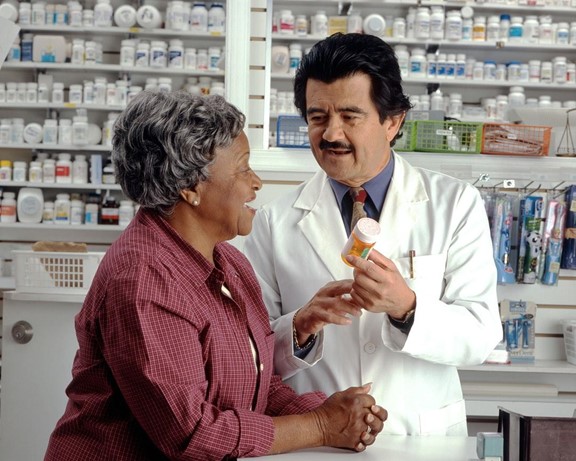 Since the 1990s, the number of opioids sold and prescribed has rapidly increased. As a result, prescription drug abuse and overdose rates have tripled and are now an ongoing public health concern.

In 2019 alone, prescription and illicit drug overdose led to over 70,000 deaths. Of those deaths, almost 71% were from prescription opioid overdoses. One promising method for overdose prevention is to monitor prescriptions. Through monitoring programs, doctors can spot drug use trends and make lifesaving adjustments.

Prescription monitoring isn’t a new concept. In 1918, New York State passed laws to address its growing overdose and drug abuse crisis. These laws forced doctors to use state-issued prescription forms for certain medications and pharmacists to report narcotics to the health department within 24 hours of dispensing. In 1939, California also adopted a basic program, and many states followed over the years.

In 1989, Oklahoma became the first state to require electronic reporting, which shifted the landscape of PDMPs. By the late 90s and early 2000s, prescription monitoring programs (PMP) took root in the US. By 2010, 70% of states had adopted programs.

However, these early programs had many technical challenges and data gaps, leading to low participation rates.

Today’s programs combine comprehensive electronic databases with a patented algorithm. The algorithm analyzes data and creates a patient score, which provides insight into patient drug use and risk.

Modern PDMPs are central, state-run databases that help providers review patient prescription use history in real-time. Depending on the state, both the prescriber and the pharmacist must report to and review the database before prescribing or issuing controlled substances.

The data gives a detailed patient history about prescription narcotics dosages, how often and where they fill prescriptions throughout the state, and other information. By referencing the data, doctors can identify patients who might misuse prescriptions or might be at risk for an overdose.

What Is a NARX Score?

In 2011, a few states started using a patented algorithm called NARxCHECK that analyzes patient history and quantifies risk for poor outcomes. The algorithm weighs a few factors and creates a patient score called a NARX score. These factors include:

The scores are written as three digits ranging from 000 to 999, and the higher the score, the riskier the drug use pattern. Half the score weighs the quantity of controlled substances the patient is taking, and the other half is divided between the remaining risk factors.

Some specific red flags include more than:

States individually manage PMDPs, and the regulations have varied over the years. Some states require mandatory registration in and use of the PDMP, while others do so voluntarily or only under specific conditions.

Each state has a different access structure, too. Some states give doctors free access to the program indefinitely, others subsidize first-year access, and some charge fees right from enrollment.

For example, Michigan’s program, called Michigan Automated Prescription System (MAPS), requires both doctors and pharmacies to register and review patient data before prescribing or dispensing a controlled substance. Michigan originally funded first-year access to the program, but the subsidy is now ongoing and doesn’t have a clear end date.

Challenges of Adopting PDMP and NARX Scores in Clinics

While there are benefits to PDMPs like patient protection, accurate patient history, and informed patient care, there are also some challenges to adopting a PDMP in the clinic.

Managing patient information is a critical part of clinic operations, but a busy practice needs both an efficient and secure process. PDMP databases are separate state systems and aren’t well-integrated into technology. To access information, prescribers and pharmacies have to exit medical records software, open a separate database, log in, and run reports.

The process interrupts workflow and adds timely steps to an already busy schedule. An inefficient and clunky process has led to slow PDMP adoption in many states.

While some states may subsidize PDMPs, program fees are an additional expense for others. Between medical records software, billing software, and basic technology, practice management is expensive. Additional fees can cut into profits and hinder program participation.

While some findings are mixed, evaluations show that implementation of PDMPs lead to changes in prescribing and lower rates of drug abuse treatment. However, the program is only helpful if doctors and pharmacies can use it, and this means a simple process is important. An electronic medical records system with internal access to the database can make access and compliance easier.

One system with internal access to the PDMP allows practitioners to maintain an efficient daily workflow. Run reports and access NARX score and patient history without switching between programs and interrupting treatment planning. With a streamlined process, practitioners can easily monitor patients and risks.